How Should We Live?

How Should We Live?

Our Bible Study at Open Door Church began by our teacher illustrating a dollars worth of pennies.  I took notes and digested her lesson here.


If you have 100 pennies and slowly take away one, then another; at first you don’t realize the depreciation.  There are things happening in our world that we often turn away a blind eye refusing to look.  Our freedoms are being slowly removed.
Protestors winning their right to blaze sin openly, to remove God's Word from Schools, and Government buildings; and now the President by executive order is removing the words, “Under God,” from the pledge of allegiance and elsewhere.


Our Bible Study lessons have been about persecution in the Bible and also in our day.


Christian’s under heavy persecution are calling out to the Father God, as the pressure is too much, and hard to deal with.  We must be cautious not to judge those who suffer.


Peter was a working man, a fisherman.  He spent three years of his life, following, listening, and carefully observing Jesus.


When Jesus went to the to pray, He agonized with drops of sweat as blood.   He asked Peter and the others to diligently pray as the time was short.


What did Peter do?  Yes, he went to sleep instead of praying.


Jesus was under physical threat of being taken prisoner, and Peter’s good idea was to draw his sword and cut off an ear of one of the soldiers.  Jesus picked up the ear and put it back, healing the man.


Peter bragged, “I will die with you.”  Then reality set in, and shortly Peter is cursing and denying that he even knew Jesus.


In 1 Peter, he is familiar with the “Crush of persecution.”  He knows what he is talking about.


1 Peter 3:8  Finally, all of you, be like minded, be sympathetic, love one another, be compassionate and humble.


We are reminded how Jesus lived and ministered.  John 12:49;  14:31  He spoke only what the Father told him.  Jesus acknowledged that the Father gave Him commandments to follow.  (He was commissioned an assignment – to be the sacrifice for you and me.)


Saying something and living it is another thing.  Peter tells us how to deal with family, government, and employers.  Yes they tell us, “Watch out, don’t do that, do this, Stop that, do it this way.”


As we listen to the Holy Spirit He will show us how to live an abundant life.


If we sin, and disobey, we will pay the consequences.


Peter’s letter is to encourage and instruct both the old and new believer.


If you are told to do something and it does not line up with the Word, you have the responsibility to seek the truth.


Treat non-Christians with grace, not rendering evil for evil.


Romans 2:4  Or do you despise the riches of His goodness and forbearance, and longsuffering; not knowing that the goodness of God is leading you to repentance?


1 Peter 3:9  Peter is urging not to retaliate evil for evil and to watch our mouth.


We should not cut off others in mid sentence, or push out of the way and be disrespectful


Let us return to look again at Jesus.  How did He live?  He did not curse at people who were rude.


We can be critically minded not critical but critique the situation.


Day by day we should ask, “How should I live?”  Let us remember:  We are accountable to the Father God.


Early on we see Peter as a wishy washy person, but he learned obedience to his calling.


We are called to be different than those in the world.


Tolerate those bad things that happen to us, to become a learning experience allowing us to grow, to mature and to learn obedience. 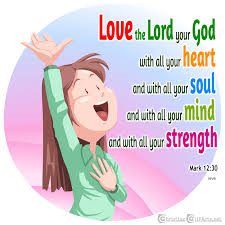 Email ThisBlogThis!Share to TwitterShare to FacebookShare to Pinterest
Labels: How Should We Live?

Thank you. Peter's life changed significantly from the time he met Jesus until he wrote a piece for the Bible. And then sacrificed to Heaven. He's been an interesting person - even doing go or bad things -- to see and understand for years. Thanks for sharing.