This post is from notes taken during our Bible Study Sunday Morning. 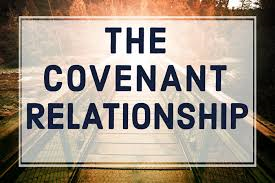 God wanted the people to prepare themselves to meet Him there at the mountain.


Exodus 19:10  And the Lord said to Moses, “Go to the people and consecrate them today and tomorrow. Have them wash their clothes 11 and be ready by the third day, because on that day the Lord will come down on in the sight of all the people.


On the third day there was thunder and lightening and a thick cloud as God appeared in smoke and fire.  God was going to present Moses with a contract.


This is an application to our relationship with Jesus.  We have a contract as in marriage. And we celebrate that contract.


The Jewish culture considered various washings as they prepared for the wedding.


Isaiah says, “God is our maker.


The people were in awe and said, “We will do all God has asked.  They responded to the call.


Surrounding , there was a series of mountains protecting the Mountain.


We too have boundaries all around us.  Be careful and prepare to be ready.


Put God’s word in your heart and take it where ever you go.


Exodus 24:16  And the glory of the LORD settled on . For six days the cloud covered the mountain, and on the seventh day the LORD called to Moses from within the cloud.


On the mountain, God gave Moses the 10 commandments and told him to place them in the Ark of the Covenant, in the of the tent tabernacle.
This was the first covenant given.  Hebrews 9:1-5  Now even the first covenant had regulations of divine worship and the earthly sanctuary. For there was a tabernacle prepared, the outer one, in which were the lamp stand and the table and the sacred bread; this is called the holy place. Behind the second veil there was a tabernacle which is called the Holy of Holies, having a golden altar of incense and the ark of the covenant covered on all sides with gold, in which was a golden jar holding the manna, and Aaron’s rod which budded, and the tables of the covenant; and above it were the cherubim of glory overshadowing the mercy seat; but of these things we cannot now speak in detail.


Also in the was a bowl of Manna, and Aaron’s rod that budded.  The rod was a symbol of power.


had a “religion with their gods, and magicians with a spiritual source not of God.


Prior to Pharaoh letting the people go, Aaron’s rod was used to bring plagues upon .  The magicians were able to duplicate the first few plagues, but could not copy the boils, pestilence, hail with fire, locusts, deep darkness, and the last plague with the death angel taking the life of the first born in every household.


The people were told to prepare for deliverance, by applying blood on the door posts and on the lintel, and to observe a Passover feast.  They were instructed to continue this feast in remembrance of how God had brought them out of bondage.  They were to eat with their shoes on, a staff in their hand and ready to leave .  God said, “When I see the blood, I will pass over you.”


On the mountain, God gave specific instructions on how to worship and the duties of the priests.  Korah rose up to defy Moses’ authority.  Moses fell on his face and begged God to spare this wicked group who were in rebellion.
God was angry and told Moses and the people to separate themselves away from this wicked group.  God caused the earth to open up and swallowed the men and their families and all that belonged to them.  Then fire covered 250 persons who offered unauthorized incense, and a plague came upon all those who murmured about the punishment being too harsh.  God told Aaron to stand between the dead and the living, and the plague stopped.  14700 died from this rebellion.


May we learn and profit from the studies of those who have gone before us.

Dear, this is a wonderful reflection. Although I'm not married yet, I believe in the power of covenants.

Have a meaningful Holy Week.