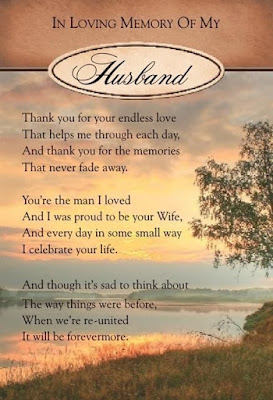 About 3 months ago after a bone marrow test, my husband was diagnosed with MDS: Myelodysplastic syndromes (MDS) are conditions that can occur when the blood-forming cells in the bone marrow are damaged. This damage leads to low numbers of one or more type of blood cells. MDS is considered a type of cancer.

Our Doctor told him that his time was short and to prepare to leave this earth.  For a period of time he was able to eat and take care of himself, but recently he experienced weakness and loss of appetite. When he could hardly walk, we asked the Doctor to set up Hospice.

We thought we could do care here at home with Hospice nurses once a week, until early this week I found him on the floor and he was unable to get up. His arms and legs were just too weak.

I called our Son-in-law Dennis and he came right over and helped him get into a chair.  Hospice had not made the contact and we were considering a care home as I could not lift him.

This was happening a bit too fast.


Two days went by and then Friday morning (yesterday) I found him on the floor with a bloody head wound.  He was moaning, so I knew he was alive.  I called 911 and soon they arrived.  The 911 ambulance took my husband to Enloe hospital, and on the way they lost his pulse, and revived him.


He also seemed to have a stroke and when they arrived at the hospital, they put him on a ventilator, an IV and monitors. When I got there, they spoke to me in an office, until a doctor came in telling me all this and I remarked, "Of course they did not have our records, but we both have a 'Do not resuscitate' filed with Kaiser."
The Doctor asked me if he should unhook my husband?  I replied, "That would be his wish." The Doctor said, "that would be mine too if I were in this situation." He said, we will keep him comfortable, but I must tell you that he is leaving us quickly.


They allowed me in the room with him, and I took his hand, leaned over and told him, “Bobby, I am here, and I love you very much.”  His mouth moved but his eyes did not open. I was in tears as I told him that it was okay to go.


I continued to hold his hand until a male nurse came in and took his pulse and said, "He is no longer with us."


By then Becky and Dennis had arrived and they sat with me until a Sherriff assistant to the coroner arrived. He gave us much information and was very kind. He took pictures that will be attached to his report for the coroner. We were asked where we wanted his body sent and we decided on Sheer Memorial in Oroville.


Dennis left to take care of some burning in my yard, and Becky stayed with me until the Mortuary attendant arrived. By then it was almost 5:00pm. Becky drove me home and my wish is to be alone for awhile and meditate.  Monday we will make further decisions.


Hospice was never set in place, and the Lord knew this was the best way for my husband to leave this earth.  I know he is with the Lord and rejoicing to be able to see Jesus face to face.  I have had several months of preparation for this, but in many ways today does not seem real.  However, I know that I am not alone - - besides the Lord and his angels surrounding me, I have my wonderful family and friends who loved my husband dearly and also love me.

I'm truly sorry for your loss😭I'm happy you have fond memories of him. And more importantly his love for Christ and his commitment to his family is a blessing.
Praying the Lord hold you and your family in fill comfort and grace.
God bless you Sweet Aunt Hazel

I will keep you in my prayers.

Dear, dear Hazel:
Your words here make me tear up and I offer my sincere sympathy. Tom and I have prayed this morning and you are often on my heart. I send loving hugs and prayers for comfort for you and your family. It was kind of you to share with us so we don't have to guess how you're doing. I know God is with you powerfully and, yes, you are loved by your close family, friends and on-line community of believers.

Dear Hazel,
I have only recently gotten to "know" you through contacts via Ifeoma's site. But I will keep you in my prayers. I am so sorry for your loss of your dear husband. May Jesus hold you in His arms here on earth, while He is holding your husband in His arms there in Heaven.

(((((hugs))))) I am praying for you - I lost my husband New Years Eve two years ago. I still miss him even though I know He is happy where He is. Words are inadequate to speak about your loss. I am praying God gives you a peace that passes all understanding for you and your family. God bless you.

Oh, dear Hazel. My heart is just so broken for you, dear friend. I just have no words to say, other than I will surely be praying for you and trusting Jesus to carry you through this most difficult time of grief. I wish I had your address to send you a card...please know that you have my deepest, most heartfelt sympathy.

I'm so sorry for your loss, my dear sister, even though it's very temporary for all of us, the loss from our physical world is so real. Your strength in trying times is an action that our Father is using to strengthen the rest of us that don't have your maturity in Him.

I grieve your loss with you, Hazel. My tears are for you and for all of us in this fallen world, but they're also tears of thankfulness for the gift of eternal life by the grace of God.

I'm thinking of you and praying for you, sister. May our Father carry your soul in the gentle palm of His warm hand.

Choked up. Even though he is safe and sound now, it's still sad. God bless you.