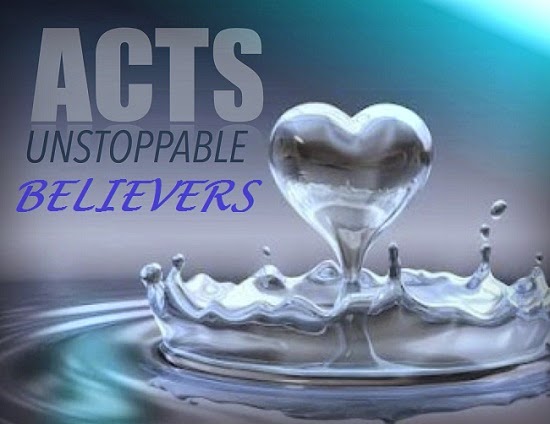 Today I visited the where Pastor Michael Jacobsen gave the Sunday Sermon taken from Acts 5:17-33


And through the hands of the apostles many signs and wonders were done among the people, and the Priests and church leaders were moved with anger and shut them up in the prison.  But at night an angel of the Lord opened the prison doors and brought them out, and said, “Go, stand in the temple and speak to the people all the words of this life.”


The next morning the officers reported; “Indeed we found the prison shut securely, and the guards standing outside before the doors; but when we opened them, we found no one inside!” One came and told them, saying, “Look, the men whom you put in prison are standing in the temple and teaching the people!”


Then the captain went with the officers and brought them without violence, for they feared the people, lest they should be stoned.  And the high priest asked them, saying, “Did we not strictly command you not to teach in this name? And look, you have filled with your doctrine, and intend to bring this Man’s blood on us!”


But Peter and the other apostles answered and said: “We ought to obey God rather than men.”


The apostles were bold in their defiance to preach and teach about Christ Jesus.


Here in we have freedom to carry our Bible and speak about our faith.  In other lands over 160,000 Christians and many Preachers have been murdered for their faith in Jesus.


“You can count on me” said Peter to Jesus, but shortly afterwards he denied Christ three times.  After Jesus was crucified the disciples were humiliated and hiding in fear.


Question:  Would you go to jail for your faith?  Think about it and be honest.


Here in , slowly our freedom is being taken from us.  We are being stripped of our Christian heritage.  No longer is the Bible and prayer in our schools.  Yet other religions are being taught there.


Pastor gave an illustration of a teacher wearing a shirt with Christian words.  The principal told him to remove his shirt and never wear it again at school.  The teacher said, there are others who wear shirts with profanity and dirty words propagating evil.  Until you tell them to remove their shirts, I will continue to wear mine.


Jesus told us to Love God with all our hearts and to love people.  We must not shut up our bowels of compassion.  This is what I believe and thus is what I will do.


God arranges for us Devine appointments for us to witness.  God will take situations and turn them into opportunities.  Everything that happens is God ordained.


May we all be as these disciples; an Unstoppable and Bold believer.
Posted by a joyful noise at 10:11 PM

Good message..... In the past I know I might have been a little like the kids whose father told them to go work in the field. One said he would go right away but DIDN'T.. The other whines a bit but went. I have been like the one who didn't want tog o and may have dragged my feet a bit, but I always do what I'm called to do. I try to be "instant in Season" these days, sot he Holy Spirit doesn't have to keep at me! Ha ha

Great message...if we remain silent the rocks will cry out.
Someone will answer the call but God each individual person will give an account of what we do or don't do.
I mess up all the time but God's grace keeps me coming back and pressing on. Praise God for His loving grace with this sinner who strives to answer His call.

YEP!! You said it very clearly about how our lives have changed. I'm a grateful cookie, b/c when I was in school the Bible or some Words were used by teachers or principals, and that propped it in me, in spite of the lack of it connected to my home or family situation. I knew I was filled with sinfulness, and didn't know how to move around or about. A couple years after I graduated, our nation said it wasn't allowable any more. That was in the mid '60s. I came to the Lord b/c it had been buried in my heart through school and some others. I was 20, and was considering suicide or assumed I'd be fighting and heading to "murder", and the Lord broke in. So, for 48-2/3 years, I've been serving Him. But I struggle over and over again with what our towns, schools, nation, groups, etc., do in turning from the truthfulness of the Lord. Anyhow, you grabbed me again. Bless you...

Awesome post, Hazel. The blind and enemies of Christ can't even see how their lives resemble more of puppets than humans... The truth is what we're called to share and to keep silent is to shame the One who saved our souls... May we be as bold as the group of once scared men... and be the men of renown that they turned into!!!