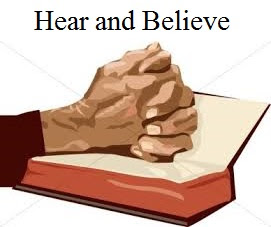 Our Bible teacher was ministering and from my notes I present a digested message:


We are in a season of the times when the situations that trouble us, must be countered with Faith knowing God is in control.


Allow the Holy Spirit to minister to you and apply the Word of God to your situation.


I understand conflict and how people twist the scriptures.  When they see how God is blessing others, suddenly jealousy shows up.
Habakkuk knew the dull ears of the people in his day were hard of hearing truth.  They chose to believe a lie because it was more convenient.


Habakkuk 1:5  "Look, you scoffers, and watch, and be utterly amazed, and perish; for I am working a work in your days which you will not believe, though it is told you.


Habakkuk himself even wondered if God hears and will save His people from destruction.  Habakkuk had no answer except to wait and see what God would do.
We all face problems in life, but God says He will take care of the problem - - and if we honor Him, that He will bless us.
Proverbs 3:9-11  Honor the LORD with thy substance, and with the first fruits of all your increase: So shall thy barns be filled with plenty, and thy presses shall burst out with new wine. My son, despise not the chastening of the LORD; neither be weary of his correction:
It is important not to envy sinners when they seem to be blessed more than us.  Know that God is watching both them and our attitude toward the unsaved.  Do not allow doubt and fear to defeat you when you are having a trial.
John the Baptist found himself in prison because he preached against sin and upset the Kings wife.  He had been preaching that Jesus was the Messiah and had baptized Jesus, heard God’s voice and seen the presence of the Holy Spirit; but now he doubted.
John sent his followers to ask Jesus, “Are you the one or do we seek another?”  Jesus told them to go back and tell John, the blind see, the deaf hear and the is at hand.


John probably knew he would die in prison, but he wanted assurance that he had fulfilled his calling.  John honored Jesus even in prison; and was greatly encouraged after hearing what was being done.


2 Kings 4:8-37 is the Story of Elisha and the great woman who built an added room on the wall of her home as a resting place for the prophet.  Elijah asked what may I do for you, but she refused saying her needs were met.  Gehazi, Elisha’s servant mentioned the woman is barren and without a child; so Elisha told the woman, after a season, you shall embrace a child, and after a time a son was born.  The boy grew up, but sadly one day he suffered a sun stroke and died.


What a let down – the promise was NO more.  The great woman refused to accept defeat and confronted Elisha until God raised her son from the dead and was given back to her alive.


Habakkuk was discouraged with a heavy burden.  Disaster was all around, and that “feeling” of being let down, was more than he could bear.  God responds, “Not to worry, I will raise up the Chaldeans for they are terrible, swift and fierce to punish my sinful people.  You won’t even believe it though you will hear it.


Our job today is to Worship, repent and pray.  Be intentional as you pray for our leaders.

Don’t be moved by what you see.  Trust in God and Believe His Word.

Email ThisBlogThis!Share to TwitterShare to FacebookShare to Pinterest
Labels: Hear and Believe

A wonderful message. I am thankful for God's presence in every circumstance.

Trust in God indeed. Especially at times when everything seems impossible.

It is so very easy to want to give up. God works in His various children in different ways. For me, He has allowed things to be taken from me...but I know it isn't discipline. I think He is preparing me for something. Everything that has been 'taken' has resulted in my not being able to 'escape' pain in any way other that staying focused on Jesus. I love this article. We do live in times when things can get very overwhelming...but know that God is in ultimate control. Thank you for your post.

So true.. trusting the Lord involves our faith, and not putting faith in what we see, but in HIM. Good words you shared today :)