Repent – Winning is Not Enough!


Gleaning from Sunday’s sermon as Pastor Jerry is getting the congregation ready for some serious get together talks, about the future of our church in a few weeks.


Courteous communication at such a meeting with not just ideas, but action is needed.


In previous meetings, proposals were neatly printed and handed out and then cast aside and ignored, because people wanted to keep doing as they had done in the past.


Repent means to be willing to turn around and go in a new direction.  A change may be in order, in our thinking and in our hearts.


Our church was a midsize church but our senior citizen members are passing on to heaven and we are at present a small church.  We only have but one or two single young people, and no children.  There is a need to invest in people and to adjust to the times.


Pastor did some research on old reports on this problem, finding them usually ignored, as members seem to be in denial.  Pastor said that for a church to grow there is a need to have young couples with children in the membership. 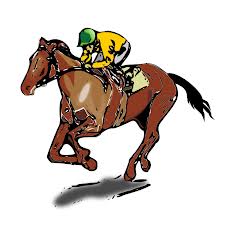 Pastor told a story of some farmers and their race horses.  One farmer hired a professional jockey to ride his horse in the coming race.  His jockey and another rider collided, and both horses and riders fell to the ground.  The professional jockey jumped back on the horse and won the race, but the farmer was extremely angry, because the jockey had jumped back on the wrong horse.


It is sort of like going to the wrong bank to draw out your money, because the teller says no money for you because your bank is across the street.


Before growth in a church can begin, there must be a change in the hearts of each member of the congregation.   Paul said it was needful to become a new person, a totally new thing.


We must be willing to turn away from personal opinion and seek God’s direction.


Recognizing our faults and making a heart change are actually two different things.
Change can come not by our own power, but by insight given by God, and by his grace.


May we ask the question, “Who am I now, and of what do I need to repent?”

This post is shared with ’s Spiritual Sundays
Posted by a joyful noise at 10:47 PM

Email ThisBlogThis!Share to TwitterShare to FacebookShare to Pinterest
Labels: Repent – Winning is Not Enough!

Your post is something that's been on my heart for a while now (in fact, my post is similar).

The church I attend has around 100 members. Over the past year I've seen some growth with younger couples but there's much work to be done. Much repenting that needs to happen. It can be frustrating and disheartening to encounter resistance to God making changes.